The Alliance for the Common Good

… is dedicated to the protection of our inherent self-worth, granted to us by our Creator, and unalienable rights. Our mission is to defend societies and individuals from totalitarian ideologies. We wish to unite civil society leaders and academics to protect and promote the idea of common good and natural rights across Europe. We stand firmly against using national and international institutions as tools aimed at the suppression of European societies and the imposition of ideologies. Together, we strive to make Europe a space of freedom and security guided by our true European values: God, the Nation and the Family.

The Alliance for the Common Good is established in Warsaw, Poland in 2021, to foster the development of the area of prosperity, individual and national freedom in Europe, governed by sovereign states within a well structured legal and political environment, dedicated to Christian culture and heritage, which gave birth to the European civilization.

We are the first European network of non-governmental organizations and think-tanks dedicated to the protection of dignity and unalienable rights, which must not be relativized or diluted and which are safeguarding and defending societies and individuals from totalitarian ideologies.

We strongly advocate for true freedom – freedom of speech, freedom of conscience, freedom to express our national and religious identity at the national and international scene and the responsibilities which go with it.

Our aim is to unite civil society leaders and academics to protect and promote the idea of common good and unalienable rights across Europe. In the age of crisis of the Western civilization, we are committed to defend the cornerstones upon which it is built – starting with local communities, through national institutions and subsidiary function of international law and community.

We believe that human rights are rooted in the natural law. We oppose taking their true meaning from them and using it against people and also as an instrument of political power to subjugate sovereign states of Europe. We stand firmly against using national and international institutions as tools for suppression of European societies and imposition of ideologies.

Together, we strive to make Europe a space of freedom and renovation of true civil society by promoting respect for national identities inherent in fundamental structures of the states, both political and constitutional.

Our international alliance is established to unite the civil society organizations and academics in protecting and promoting the Common Good and the unalienable rights and natural obligations across Europe and the world. We are open to those who share our values and want to advocate for them at national and international level.

In particular, our main goals are:

These goals are going to be achieved by, i.e.:

Therefore, we establish an Alliance as we know: United we stand, divided we fall.

From 🇭🇺
From 🇵🇱
From 🇸🇰
From 🇨🇿
From 🇮🇹 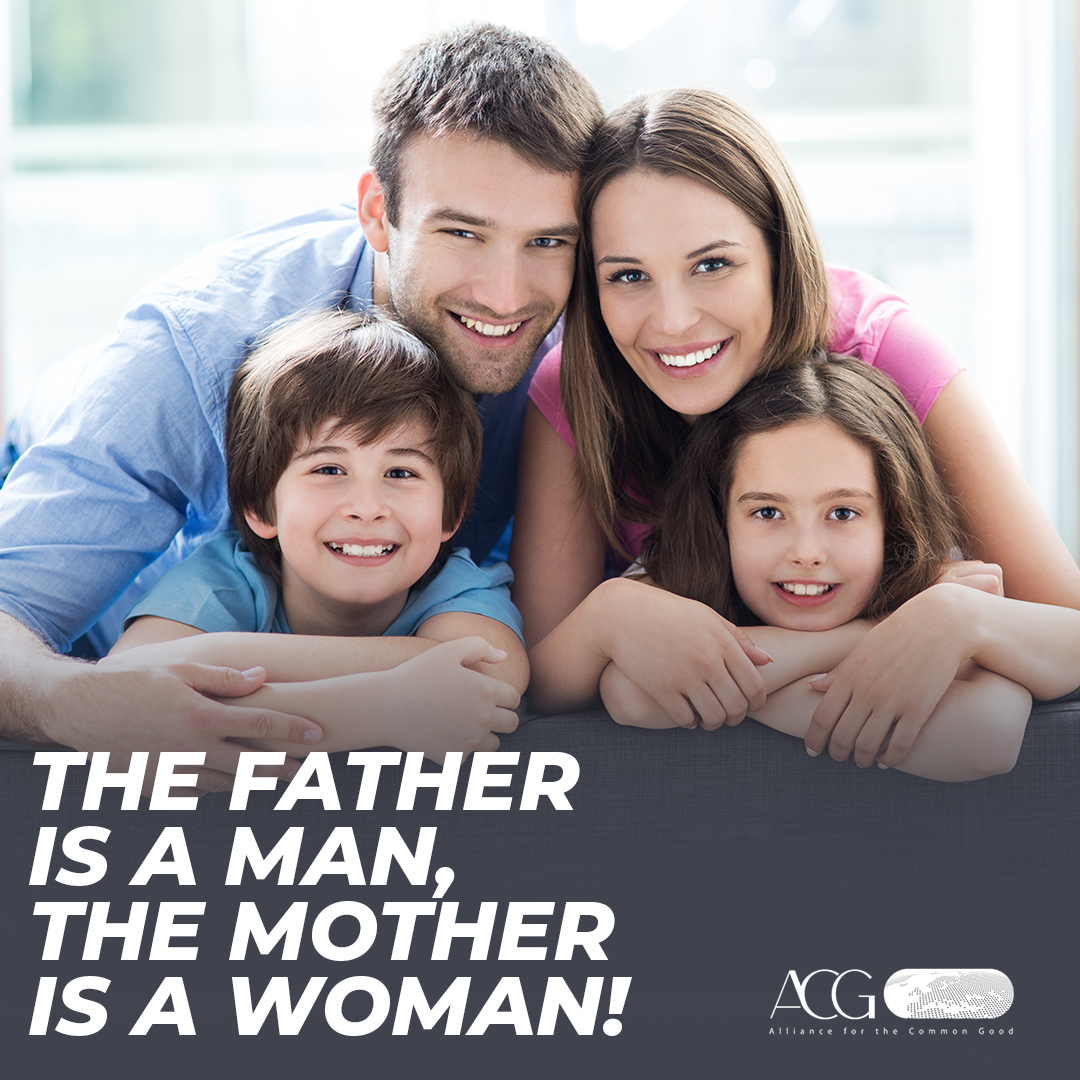 ACG Affirms that the Father Is a Man, the Mother Is a Woman and the Union Must Leave Our Children Alone!

The Alliance for the Common Good (ACG), a coalition of European civil society organizations, denounces the European Union – mired in a corruption scandal, and acting as a mouthpiece for leftist LGBT lobbies – for once again overreaching its competence, and seeking to interfere in the lives of Europeans and our children, in order to impose the recognition of gender ideology on Member States.

At the initiative of the Czech family organisation Pro Rodinu on 28-30 November, European and American experts and representatives of NGOs, including member organisations of the Alliance for the Common Good, met in Prague to discuss the growing attacks and challenges to family power. Following the conference, the Alliance for the Common Good, of which the Centre for Fundamental Rights is a founding member, issued the following statement.

The Alliance for the Common Good has joined an international protest launched by the Polish research institute, Ordo Iuris against the so-called Post-Cotonou Agreement. The Agreement would serve as the new legal basis for the relationship between the EU Member States and 79 African, Caribbean and Pacific countries in the fields of politics, the economy […]